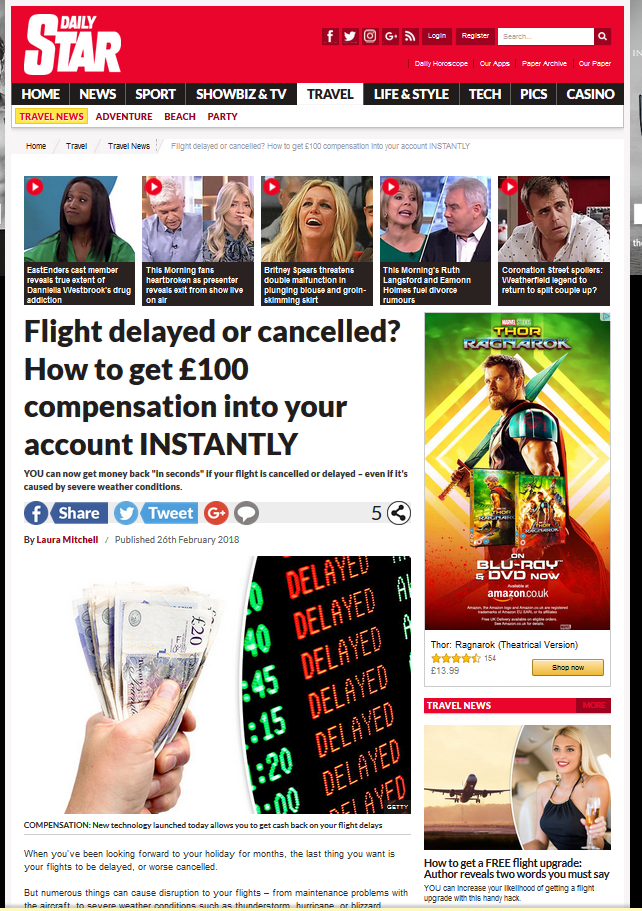 Press release for FlightDelayRepay, a new company guaranteeing an instant payment of £100 for delayed airline passengers.

Just 24 hours ahead of their national launch, FlightDelayRepay called Editing Edge for help with a press release.

We drafted a release with strong, direct messages, compelling facts and figures (approximately 7 million passengers in Europe suffer delays of more than three hours every year).

The first press release was well received, gaining just the traction in the trade press that our client was hoping for:

A week later we wrote another version to give FlightDelayRepay a “second bite at the cherry.” This one used their new technology as the news angle – and resulted in national press coverage, including the Daily Star:

This added to the client’s national credibility, demonstrated interest in their product and promoted more meetings with prospective partners. The Sun (with its 4.5 million readers) is also planning to run a story. Mission accomplished!

This media exposure will give FlightDelayRepay a strong basis for their ongoing talks with airlines and tour operators, as well as banks, credit card providers and a world-leading online retailer looking to provide the service to their customers.

“5 star + Lesley doesn’t mince her words. On time, on budget and more importantly ON POINT”

Need an on-time, on-budget and on-point press release for your business?  Contact Lesley at Editing Edge.