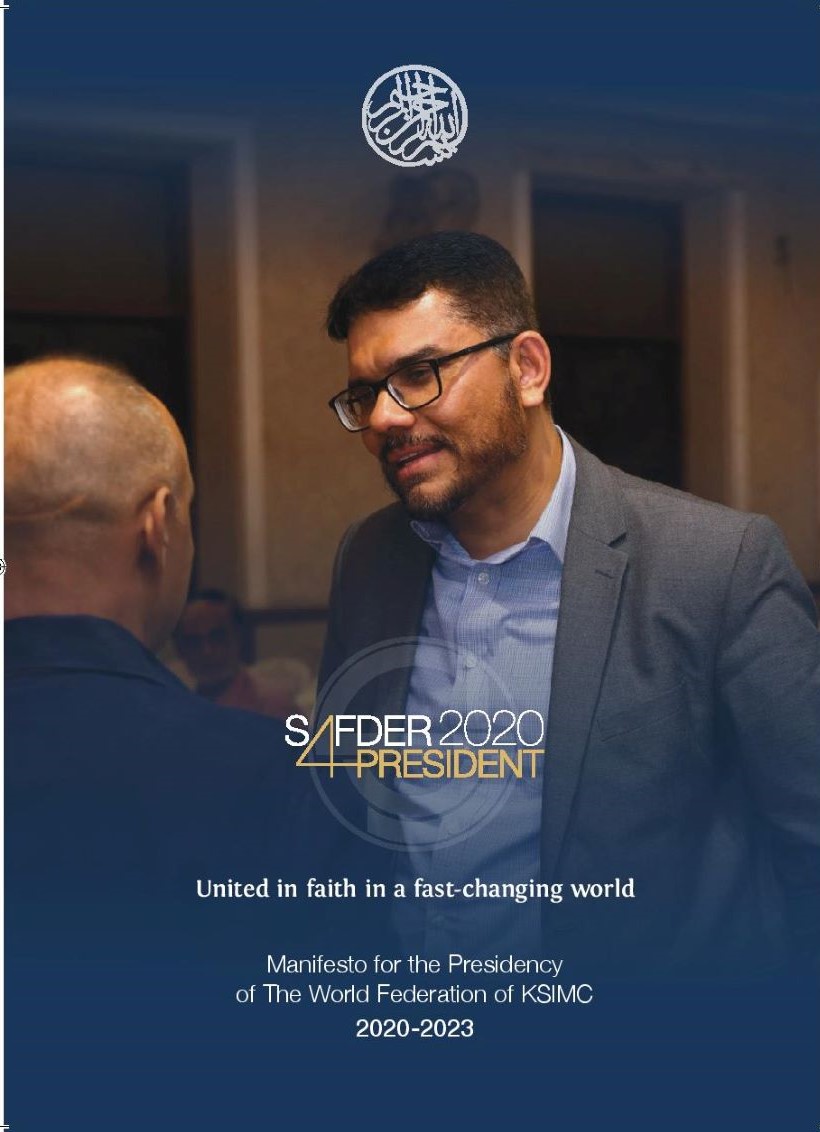 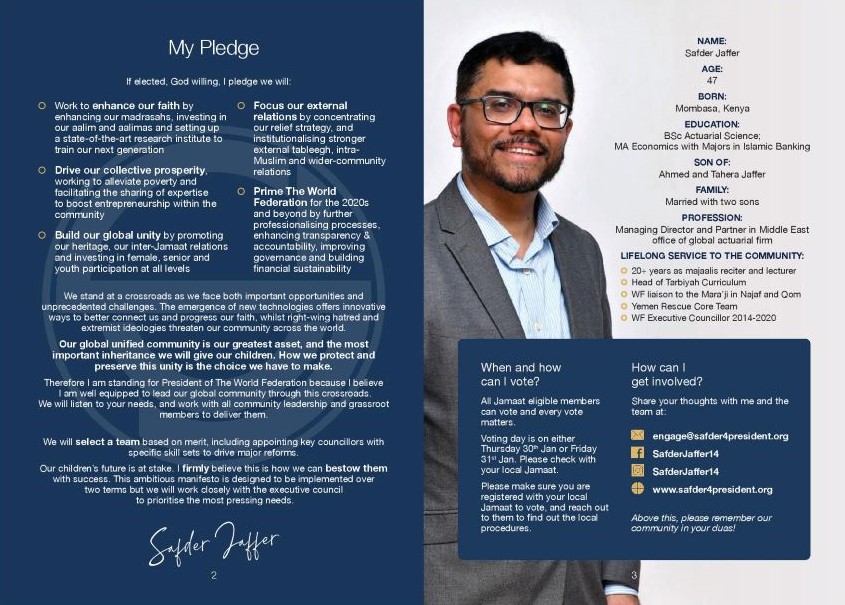 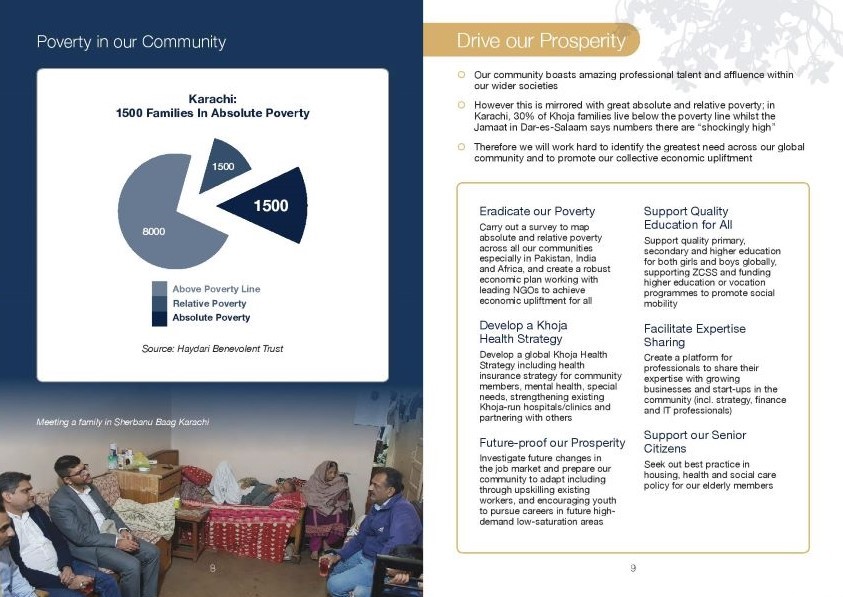 Safder Jaffer recently stood for Presidency of the World Federation of KSIMC for the term 2020-2023.

Critical to his election campaign were his website and manifesto.  Lesley provided the copy for both.

The World Federation of Khoja Shia Ithna-Asheri Muslim Communities (KSIMC) is a faith-based organisation, consisting of about 125,000 community members worldwide. The long-term aim of the World Federation is to bring about self-sufficiency within the developing world, through providing access to water, healthcare and education for all. In addition, the organisation’s core values include spreading the true message of Islam as a religion that emphasises peace and upholding human values.

The election of President takes place every three years.  It’s a prestigious, sought-after role with sophisticated election campaigns being fought by the candidates.

The election campaign had to reach a global audience, with clear messaging and persuasive copy.

Lesley worked on Safder’s personal website (which has been taken down since he was elected) and wrote copy for the manifesto.

She went to manifesto brainstorming sessions to discuss his pledges, working with an international team from Mumbai to Dubai to London.  She wrote content and advised on pictures, and collaborated closely with the graphic design team as the high-adrenalin project reached its conclusion ahead of election day with plenty of burning the midnight oil.

“We stand at a crossroads as we face both important opportunities and unprecedented challenges. The emergence of new technologies offers innovative ways to better connect us and progress our faith, whilst right-wing hatred and extremist ideologies threaten our community across the world … I am standing for President of The World Federation because I believe I am well equipped to lead our global community through this crossroads.” – Safder Jaffer

His three-year term as President commences during this turbulent period of coronavirus pandemic and we wish Safder and the wider Khoja community all the best both now in the current crisis and in the future.